Ocoee Church of God is located in Ocoee, Tennessee and has immediate access to both Polk County and Bradley County residents. Our church is located right on 64 Highway in Ocoee which is a four-lane thorough way that connects people to the north, south, east, and west to both Polk County and Bradley County. Also, 64 Highway connects people as far as North Carolina. Our church is located about 1 mile east of Highway 411 which is another major four lane highway that connects people from Georgia to Knoxville. Our church seats about 500 and we are located right in the center of the whitewater rafting region where the 1996 Olympic whitewater venue was held on the Ocoee River. At Ocoee Church of God, our music, praise and worship, youth, and children's ministries, along with timely messages, address the needs of the congregation because they are heartfelt, sincere, and are empowered through the Holy Spirit.

We are a church based upon love, evidence by the unity we enjoy as a body of believers. At any given church service, you can expect to see people engage in praise and worship evidenced by the freedom our church enjoys as it regards praise and honor to God. Our altars are almost always filled with people that have needs and desire to draw closer to God. In addition, our church provides you with the opportunity to establish new relationships evident by the growth the church has experienced over the years. This church was founded back in 1976 by Pastor Bob Whitmire (the father of Pastor Mike) who received his heavenly reward back in 2001. As the founding pastor, Pastor Bob believed and lived by the creed that the Ocoee Church of God was a church where "Everybody is a Somebody" and that we must be a "Down to earth church in an updated society."

The Church of God was founded in 1886 upon the principles of Christ as they are revealed in the Bible, the Word of God. It has its foundation of faith and practice in the Scriptures and the vital experience of its constituents is scripturally oriented.

The Church of God subscribes to the following five foundational Christian doctrines:

The Church of God believes the whole Bible to be completely and equally inspired and that it is the written Word of God. The Church of God has adopted the fowling Declaration of Faith as its standard and official expression of its doctrine. 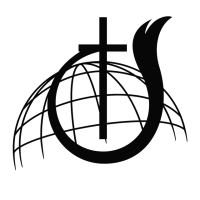